Good evening to everyone!

As you have seen I haven't been blogging as recently as I usually do, and that is because I have been really busy. And I will continue to be busy for a couple of months, so while I will be popping in to review things from time to time, my usual schedule won't be back in place until May. Anyway, as tradition on this blog, I do a post on the 19th of every month and for tonight I will be reviewing the first Fred Astaire movie that I saw!

My guarantee: On ALL of my reviews there are NO spoilers unless I give you warning. 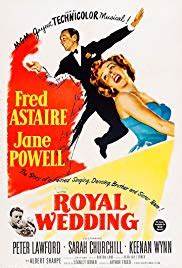 A brother and sister dancing duo are going to preform in London around the time of the royal wedding. The sister, Ellen, has people admiring and falling in love with her all the time and meets a Lord who has the same problem. The brother, Tom, always makes fun of marriage, but in London he finds a dancer, Anne, whom he finds himself falling for. Ellen and Tom are determined to stay the team that they have always been, but will their hearts lead them elsewhere?

'"If you think nice things then doors open for you."
"Is that your message for the day."' 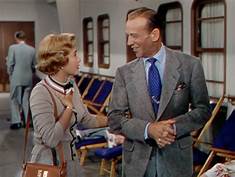 Genre: Comedy, Romance, (Musical? I actually really don't know what to call this. There is singing and dancing, but I wouldn't really consider it a musical? I don't know, I'll explain my strange brain and sorting system one day. Every movie back then had music, but it was almost always explained it by saying that they are performers.)
Length: approx. 93 minutes.
Costumes: 8, nothing in appropriate. The styles are fun to see.
My favorite:
Script: 10, no bad words!
"Let's walk a minute, get some nice clean fog."
Crew:
Directed by: Stanley Donen.
Written by: Alan Jay Lerner.
Starring:
Fred Astaire as Tom Bowen. 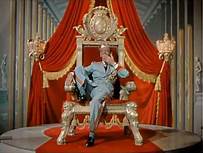 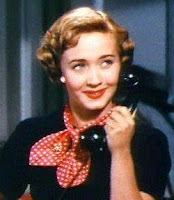 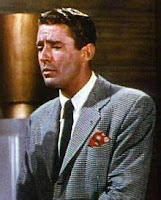 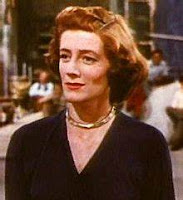 Keenan Wynn as Irving Klinger & Edgar Klinger. (He does such a good job at playing two roles!)
"This is a pretty box of pickles!"
Albert Sharpe as James Ashmond.
Cinematography: 10. Okay, can we just talk about something for a minute? The fact that they had no CGI back then, but that they were able to make Fred Astaire do some insanely awesome things while he is dancing? Wowza! Really incredible. And they have good choreography in all of the dances. 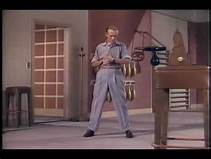 Cinematography by: Robert Planck.
Music: 8, there are a ton of fun dance scenes with good music. A few of them are not my favorites (like "How Could You Believe Me When I Said I Love You When You Know I've Been a Liar All My Life" [yes, that is the name of the song]), but I love the music for "Sunday Jumps" and whenever I hear "I Left My Hat in Haiti" I have to sing along.
Music by: Burton Lane & Albert Sendrey.
Quotes: 8, "She's quiet, but also deep. At least I hope she's deep or else she's wasting her time being quiet."
Content: 8, there is some drinking, smoking, a suggestive thing, and a separated married couple.
[highlight for spoilers but they are shown as a possibility as getting together.]
Originality: 9, this is a cute little movie, and while I've seen lots of movies with dancing duos, this is the only one that I can think of who is a sibling team!
Good For: Fred Astaire fans, dancers, families.
Age Range: It is a fun movie for any age, with lots of dancing scenes to keep younger ones interested. I liked when I was little and my grandmother did, too. 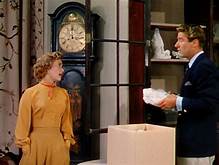 Overall Score: 8.5!
"I always smile when I'm heartbroken."
Bonus thoughts:
As I said, this is the first movie that I remember watching with Fred Astaire. I know that I had seen tons of clips of his other movies, but this was the first one that I sat down and watched all the way through. So while a lot of people think of him and Ginger Rogers as a team, I always think Jane Powell. Once my sisters, grandma, and I watched it about once a week for two months and we were all so tired of it, but watching it again the other day I really enjoyed it. This was also my introduction to Peter Lawford who I absolutely love watching and can never find enough movies with him in it. So yeah, this is quite enjoyable way to spend some time! Actually, the dances are quite iconic!


What about all of you? What was the first Fred Astaire movie that you watched? Anyone else as big a fan of Peter Lawford as I am? Thanks for reading!