I hope that you are all having a magical day so far! This whole month Fairy Tale Central (FTC) is celebrating fairy tales and invites everyone to join in the fun with a tag that they created. Also, Wednesday the 26th is National Tell a Fairy tale Day!

Also, one of the "Fairy Godmothers" behind FTC, Arielle, posted on her blog another tag featuring fairy tale OTPs, so I decided to combine my posts. Time for some fantastical fun!

– What’s an obscure fairy tale that you love?

Cap o' rushes! I don't know why this is, but I love this story so much! Is it basically Cinderella? Uh, maybe, but still I just love it so much. A gorgeous retelling of it is Moss Gown and for years I didn't even realize that it was the same thing. 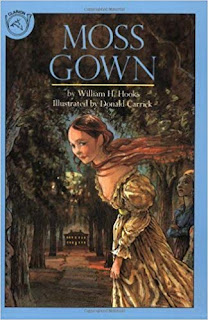 – If you got to choose Disney’s next animated princess movie, what fairy tale would you choose to be adapted?

I've read a lot of posts already that had really good answers so I'm trying to think of something different.

Oh, I know! I love The Three Aunties (aka The Three Spinning Fairies). It has a bit of a Rumpelstiltskin vibe with a dash or Cinderella and it is so good. I don't know how they would do it, but I would love to see a movie version with added elements and the characters really fleshed out. BUT, it has to be in the original animation style because that is my favorite.

Maybe if I wish hard enough...

– What is the first fairy tale you remember hearing when you were a child?

– If you were to embark on a fairy tale quest, what necessities would you pack in your bag?

Lots and lots and lots of food along with a couple gallons of water because you never know if other food will be cursed or poisoned. Plus, I need extra for the inevitable wise person who will ask me for some. ('Cause you know that if you refuse you'll be cursed).

In additon to that I need: A needle that can sew anything, a gun that never misses its mark, a magic belt that has the power to make the wearer invisible, and a telescope from which nothing is hidden. 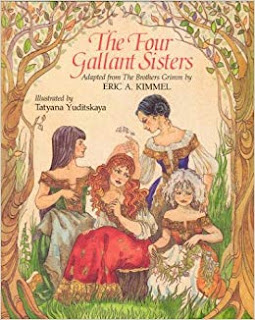 (This is a list of things from The Four Gallant Sisters. I LOVE THIS FAIRY TALE SO MUCH. Seriously, it is my favorite. If you haven't read it, you need to! Credit to PioneerGirl who reminded me of this.)

"Beauty and the Beast"! Any time there is a talking animal that later turns out to be someone who was cursed that way and the spell can only be broken in a certain way makes me so happy. Pure fairy tale goodness there!

– If you could be any fairy tale character archetype (the princess, the soldier, fairy godmother, talking animal, mischievous imp, wise old woman, evil stepmother/sister, etc.), who would you want to be and why?

Some people would say that I am an evil stepsister or mischievous imp. *coughcough*

Though if I had the choice I would like to be the talking animal because I would be very cute and helpful. But it would be bad if I got back into this world and couldn't talk.

– What animal/mythical creature would be your sidekick for fairy tale adventures?

I would most definitely prefer to be the sidekick instead of having a sidekick, but I guess that I have to answer the question. Couldn't we both be sidekicks to someone else? Anyway, I would love to go on every adventure with a griffin because I love lions. I think it was The Castle Glower series that created my love for griffins. 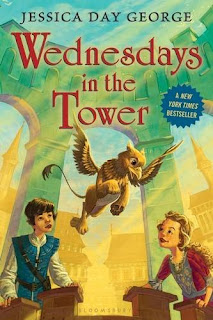 And of course, you can't go wrong with a dragon. If I could have Falkor the luck-dragon (from The Neverending Story) be my sidekick I would be the happiest adventurer ever!

– What is your favorite historical era, and what fairy tale would you love to see in that setting?

Oh, great question! I have several obsessions around time periods (examples: things set in the times of Jane Austen, Robin Hood, or the Titanic) so combining any fairy tale with them would be awesome! I just got the idea that Cinderella would be so gorgeously tragic set on the Titanic. Yes, I have a strange mind.

Charles Dickens wrote a very fairy tale 'esque' story that I love called The Magic Fishbone, so anything in that time period would be cool. 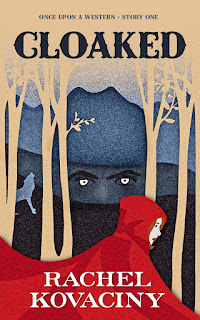 And, Rachel Kovaciny is writing some awesome fairy tales as Westerns! I reviewed Cloaked HERE.

– If you could change a fairy tale’s villain into a hero, who would you choose and why?

You don't ever want to root for the villains, do you? Maybe Rumpelstiltskin? I know that Vivian Vande Velde did it a little in her collection of The Rumpelstiltskin Problem. 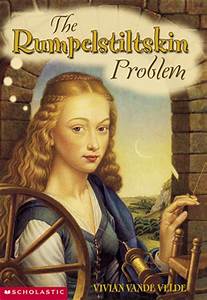 – Do you prefer fairy tales with happy endings or sad/tragic endings? Why or why not?

I like happy endings as opposed to some of the gruesome British endings (like in a version I read where two of The Three Little Pigs were eaten, then the third pig ate the wolf!), but I do like some with sadder endings that teach a lesson like The Fisherman and His Wife. Oh, and I absolutely love The Little Mermaid, the original one, which has a very bittersweet ending. 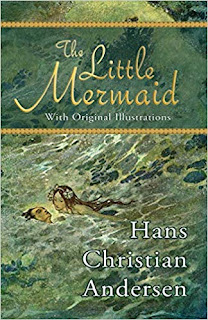 I didn't know this for a long time, so to anyone who is as confused as I was OTP means One True Pairing. And "shipping" means that you really like those two as a couple.

I'm counting any fairy tale movies and retellings as well to fill these 14 different couples.

As I answered in the other tag, one of my earliest memories of a fairy tale is from Disney's Sleeping Beauty (1959), so I think that the first was Aroura and Philip. Yep, they are perfect.

2. The cliché fairy tale OTP that everyone ships but you still love

Cress and Thorne, from The Lunar Chronicles - by Marissa Meyer. Everyone who ever reads these books ships these two, and you can see why! I loved their unique story in Cress! And while there were a few things that weirded me out in Winter, they are still pretty great. 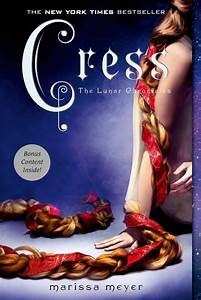 Every Beauty and the Beast couple is hate-to-love, right? And as I mentioned before, I love it so much! So, I choose all of them ever.

4. The fairy tale OTP with the craziest relationship

Tiana and Naveen, from The Princess and the Frog (2009). This movie is absolutely wonderful and charming! Tiana and Naveen go on a crazy roller coaster of adventure in this film! The things they get into...

Snow and Prince Alcott, from Mirror Mirror (2012). Though there is some confusion always with the clothes that are over the top, these two are always stylish. In addition to being absolutely wonderful and one of my favorites ever. 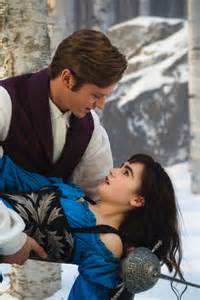 
Jasmine and Aladdin, from Aladdin (both the 1992 and 2019 versions).
They're from Arabian Nights so it doesn't count.
A princess and a street rat! I love these two! Is it "love at first sight" (something that I normally hate)? Yes. Is that pretty much every fairy tale? Yes. Do I still love them? YES! Now I just want to start belting out "A Whole New World".

Ella and Char, from Ella Enchanted - by Gail Carson Levine. This whole book makes me laugh a ton and they are a big part of the reason why. 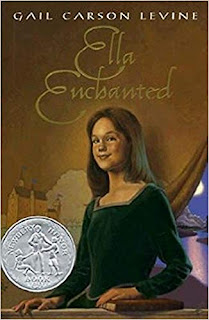 8. The fairy tale OTP with the most growth in their relationship

Rapunzel and Eugene, from Tangled (2010). Until it was pointed out to me lately, I didn't realize that this whole story takes place in two days! That is hardly any time, but the way that these two grow is so beautiful! I tend to be a little biased against this movie, but you can't not love these two!

Gerda and Kai, from The Snow Queen.
Can we talk about how Gerda never stopped looking for Kai? These two are so precious and need to be protected at all costs! Yes, they are just kids, best friends, when the story starts, but by the end they are all grown up.

10. The OTP who snuck up on you, the one you didn't expect to love

It's funny for this one that I can't think of anyone.
I was trying to not use another Lunar Chronicles one, but I'm going with Winter and Jacin. When we met Jacin earlier in the series I didn't like him and I am not a fan of the 'best friends to lovers' trope (the previous answer is an exception), but these two are super sweet. The way they care for each other so much is heart warming. There is one scene that is a little weird for me, but other than that it's all good. 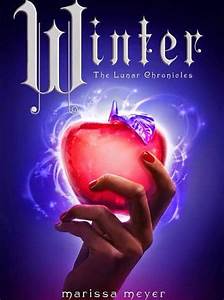 Also, the last time I watched Ever After (1998), I really liked Danielle and Henry when other times I haven't which surprised me! 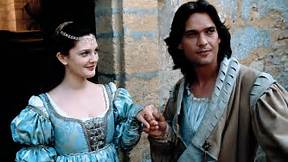 Scarlet and Wolf, from The Lunar Chronicles - by Marissa Meyer. Can these guys chill? Wolf is extremely moody and Scarlet will shoot you if you get on the wrong side of her. 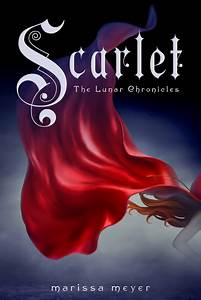 Rose and Galen, from Princess of the Midnight Ball - by Jessica Day George.
A princess and a gardener. Not to mention a gardener who knits and is so incredibly sweet! 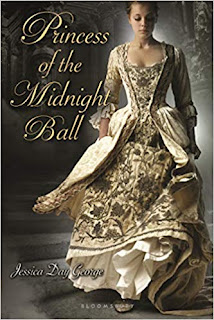 13. The obscure fairy tale OTP who isn't shipped by many people (or anyone)

Snow and Chayse from Falling Snow - by Skye Hoffert, part of the Five Poisoned Apples collection. If you look through my journal from the time I first read this you will find out how much I love these two. It is a very subtle romance, but as soon as I met the characters I knew that they had to be together! I'm pretty sure that everyone who reads this stunning story ships these two, but I have it in this category because more people need to read it! 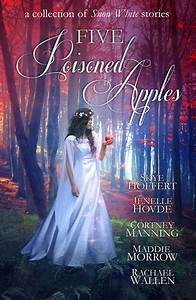 14. Your very favorite fairy tale OTP you'll love for the rest of your days 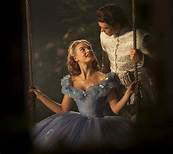 WELL. There you have it, two tags! What do you think of all of my answers? A big thank you to FTC for hosting this! Happy National Tell A Fairy Tale Day!